While the theater format is not completely unique, SWOSU was challenged to reconfigure a former racket ball court with a tall, narrow space for the site of its current Esports arena. In order to best optimize the space while giving way to a spectator-style venue that allows SWOSU to stand out and compete at a state level, the university looked to MA+ Architecture, a professional architecture, a planning and interior design company. MA+ approached Cory’s Audio Visual, an audiovisual integrator  located in Oklahoma City, Oklahoma, to support the project. Cory’s Audio Visual, who specializes in Esports technology, leveraged Panasonic’s projector architecture for its crisp imaging, high refresh rate and high contrast ratio, all important factors that are key to powering the best in Esports experience. 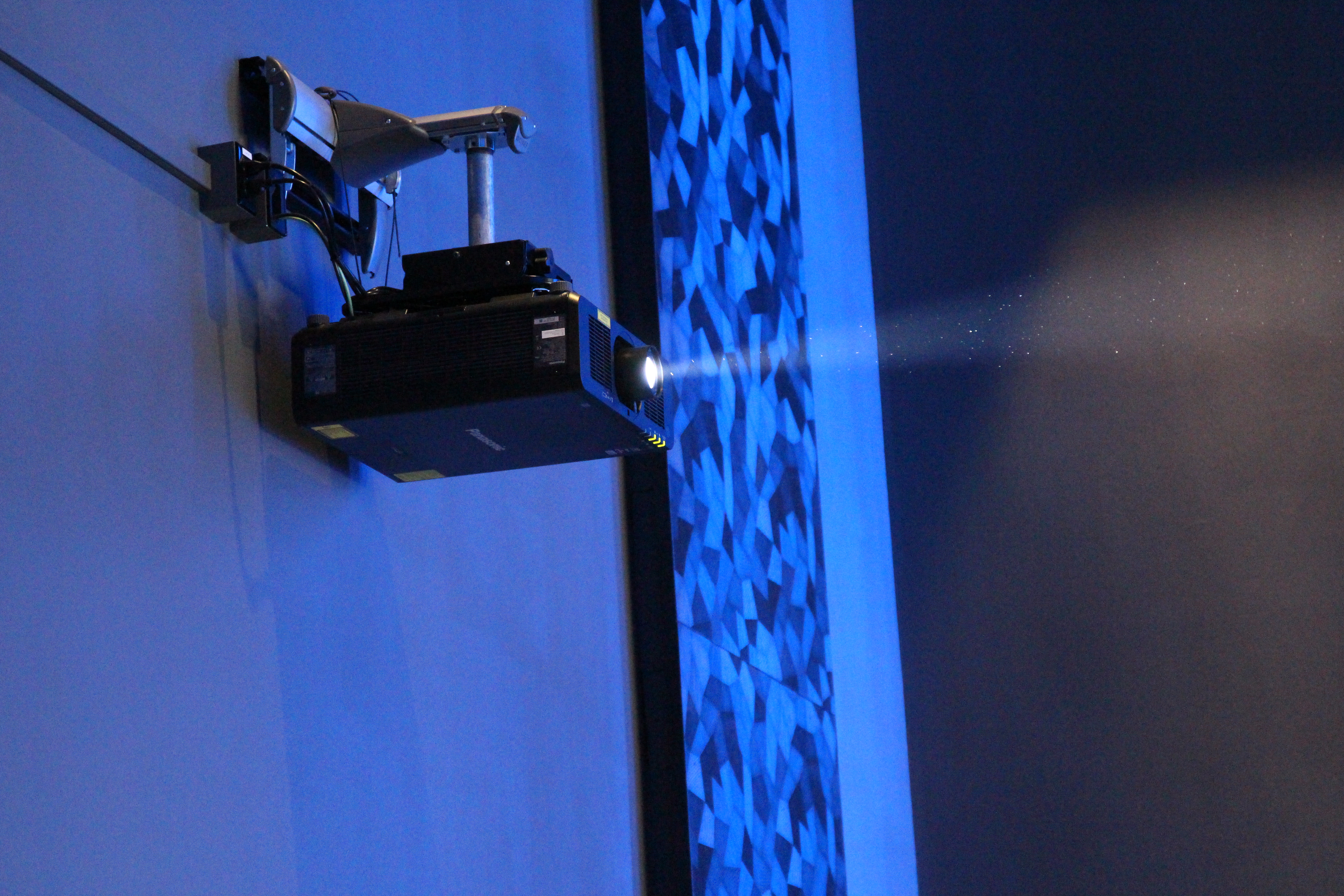 To elevate the visual experience, SWOSU utilized two of Panasonic’s PT-RCQ10BU 10,000-Lumen WUXGA 1-Chip DLP® Laser Projectors and two ET-DLE350 Projector Zoom Lens'. The projectors’ detailed, sharp, color-rich images produce stunning images creating an immersive environment for both gamers and viewers to feel like they’re active participants in the games. Other features include the Contrast Sync function designed for multi-screen applications, Dynamic Light Control to adjust the amount of light output in the arena and Backup Input setting to assure visuals are maintained at all times and projection is not interrupted, which is extremely important during Esports competitions.

“Panasonic’s laser projectors  are a game changer for SWOSU’s Esports arena. No other program in the U.S. – much less the state of Oklahoma – is equipped with high-caliber display technology that optimizes lighting conditions based on light level in game play,” said Robert Howard, Project Manager at Cory’s Audio Visual. 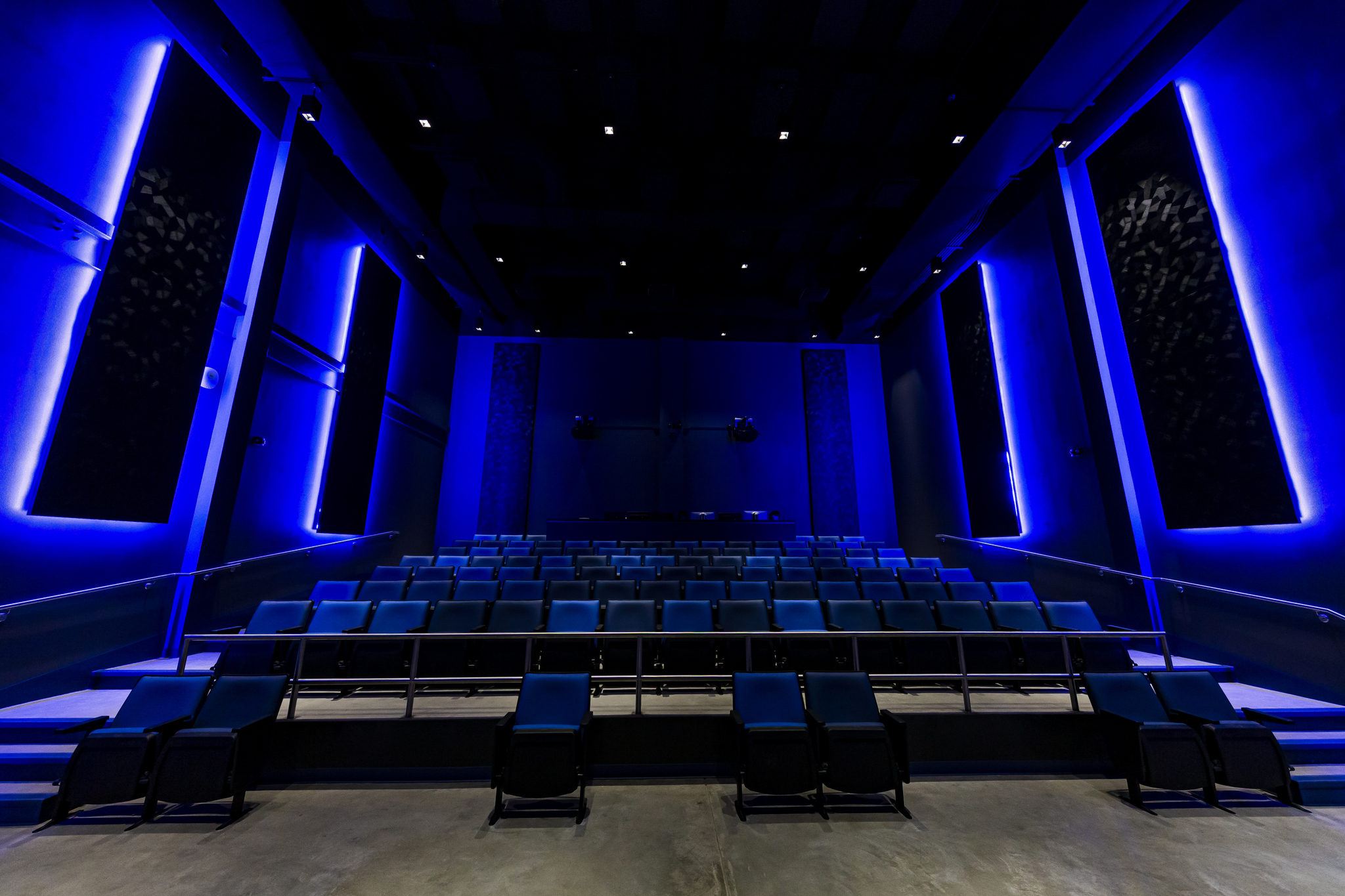 Today, the renovated space features stadium seating, a 159” digital viewing screen and ambient light rejection fabric to help the visuals pop – especially with down lighting directly below the screen. The arena, which seats up to 113 people in a spectator style seating, allows spectators to watch Esports competitions fluidly.

The Esports program livestreams competitions so students, regardless of their location, can watch and cheer for the SWOSU team. Since first opening, the arena has hosted on average 30 people or 10 competing teams for each tournament – a number expected to grow with the 12 events already planned for the first half of 2022, including the Oklahoma Scholastic Esports State Championships, helping shape the Esports competition in western Oklahoma and other surrounding areas. The competitions are also broadcasted to different places on campus and to online platforms where viewers from all corners of the world can watch from any location of their choice.

The revamp of the facility has even supported recruitment for the Esports program. This facility has allowed SWOSU to rapidly increase its recruitment efforts, growing the size and general awareness of its program. “This install definitely put SWOSU on the map for Esports whereas we were just getting started before,” said Howard. “The University is well on its way to becoming an influential force within the Esports community and expanding student engagement through team collaboration.”

The Future of Esports and Immersive Display Technology

“The world of Esports is growing so intensely and it is great to have a partner like Panasonic who we can count on for our clients’ goals of having facilities that create an experience for everyone beyond just streaming games,” said Abby Wolfe, Director of Marketing and Communications at Cory’s Audio Visual.