The Time for Esports’ Professionalization is Now

With traditional sports and entertainment evaporating overnight amid the COVID-19 outbreak last spring, esports became the solution for stakeholders across many industries to ensure the show did indeed go on. This resulted in the injection of professional gaming into the social mainstream, providing hours of entertainment for content-starved audiences while playerbases skyrocketed as a means of staying connected during a time when many were apart.

While the surge of esports during the pandemic has proved competitive gaming is more than capable of living up to the hype, it also highlighted that the industry isn’t quite yet ready for its primetime role in mainstream media. The accelerated production and heightened attention on esports exposed some of the fundamental cracks in the foundation and many of its pain points. To address these, we need to prioritize professionalization, especially in regards to player care, competitive integrity, and growing diversity and inclusivity.

As esports became a critical content provider, the rush to fill airtime came at the cost of players’ health. While fans enjoyed schedules packed with tournaments and matches, players were sometimes pushed to their physical limits, forgoing essential recovery activities like ample rest. If we wish to continue growing esports, our players must be treated like what they are: professional athletes. The call for industry resources that ensure physical and mental health tools are widely available for players is high, and teams and organizers must band together to standardize schedules that are complementary to one another, much like professional sports leagues. 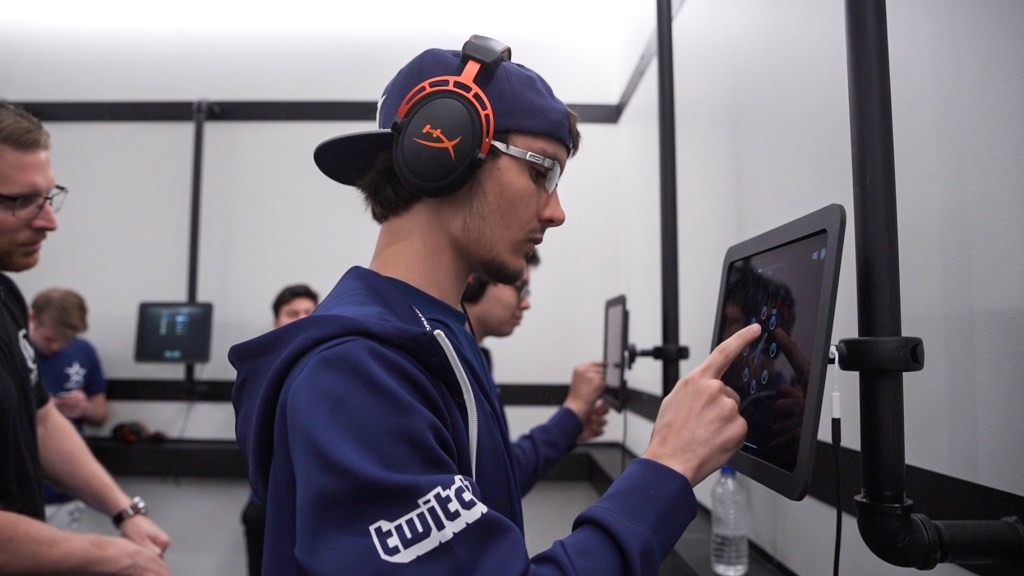 Above: Complexity has a “mind gym” to help its players train.

At Complexity, we are learning best practices on player care from the Dallas Cowboys and taking advantage of research, science, and data to improve the holistic health and well-being of our players outside the game servers in order to boost in-game performance. We’re partnering with companies like Herman Miller to boost player longevity by researching and testing new products that help to improve posture and prevent injury. Through our partnership with We Are Nations, we’re monitoring the comfort, function, and mobility of Complexity athletes and measuring the impact that new training materials, like haptic technology, have on cognitive and physical performance. Our intention is to ultimately share our findings with our peers and make these products available to the esports community at large.

While the industry’s pivot online enabled esports to ultimately carry on, it stripped away many of the critical in-person elements, such as the electric energy of the crowd and collective fandom of rooting for your home team, that bring the competitive gaming experience together. Unfortunately, an unavoidable casualty of that was player oversight, causing several serious violations of rules and regulations to flare up; this included the discovery of a widespread bug exploit in Counter-Strike, which saw more than 30 coaches banned, suspicious player disconnections in the Call of Duty League playoffs, and other risks that come with the transition to online play when tournament admins can not be physically present.

Competitive integrity is essential to players, fans, and stakeholders; providing assurance that the matches they are watching or competing in are being played in a fair and transparent manner. As we hopefully move toward in-person events in 2021, the safeguarding of integrity and instating industry-wide standards must be recognized as a pain point and brought to the surface of industry conversation so we can collectively move towards a brighter future. The issue is only exasperated if our heads are turned, though together, we can identify and resolve many of these issues by creating a benchmark for the industry to adopt broadly at the top-level.

As we all know, esports is a male-dominated industry and not enough changes have materialized over the past decade. That conversation came to a head in 2020 as esports saw its #MeToo movement last year. The increased attention on esports has sparked cries for change and acceptance; the first steps to making esports a more open and tolerant community for everyone starts by tackling these roadblocks head on. AnyKey, for example, is fostering a safer online atmosphere for all by encouraging gamers, streamers, and professional esports athletes to take the ‘Good Luck, Have Fun’ pledge to make a difference as positive and inclusive participants in the gaming space. Those who take the pledge receive a global chat Twitch badge, which signifies their commitment to combat toxicity and to not engage in or perpetuate disruptive behavior. Anyone found in violation of this will have their badge revoked.

The greatest attribute of video games is that ability and skill is not confined by age, gender, and ethnicity, nor do games favor those who are physically gifted. Because of its inherently digital nature, esports has an opportunity to create an even playing field for everyone, and for a majority, serve as an outlet for self-expression and place of acceptance. We need to meet these challenges with an open mind and proactively work toward resolving them as an industry. If we succeed, esports will be better equipped to tap into its potential to be a far-reaching, gender-neutral, and global industry with long-term staying power in modern culture.

Jason Lake is considered one of the founding fathers of American esports and is the founder and CEO at Complexity Gaming, one of the longest-standing and most successful esports organizations in North America, now owned by Jerry Jones of the Dallas Cowboys and investor John Goff.

This article was written by Jason Lake from VentureBeat and was legally licensed through the Industry Dive publisher network. Please direct all licensing questions to legal@industrydive.com.

Learn more about Panasonic Connect’s expansion to its PTZ and Studio ...

Panasonic, A3 Visual and Downtown SF Brings Back the Heart of San Francisco...

Downtown San Francisco was the pulse of the city that drew a consistent str...

The leading big-picture question for most higher education technology leade...

2 Features to look for in a CMS