Founded in 1982, the Kansas City Symphony has established itself as a major force in the cultural life of the community. Praised for performances of uncompromising standard, the orchestra is the largest in the region and enjoys a national reputation under the artistic leadership of Music Director Michael Stern. Prior to the pandemic, the Symphony performed more than 130 concerts each year, welcoming guests of international acclaim as part of its Classical and Pops series, and serving as the orchestra for the Kansas City Ballet and Lyric Opera of Kansas City.

As social distancing measures were put into place and in-person performances came to a halt, the Kansas City Symphony needed a solution that would that would offer flexibility as well as superior picture quality to shift its award-winning in-house concerts at the Kauffman Center for the Performing Arts to virtual livestreamed performances.

“The Kansas City Symphony has viewed the pandemic not only as a challenge but also as an opportunity,” said Danny Beckley, executive director, Kansas City Symphony. “We saw video as a way to give our patrons the music they needed from us during these times, as well as a way to reach new audiences and be ambassadors for the art form of classical music. Producing high-quality video content makes us more accessible to more people, more familiar to our community and better able to tell the story of classical music and the story of the Symphony.” 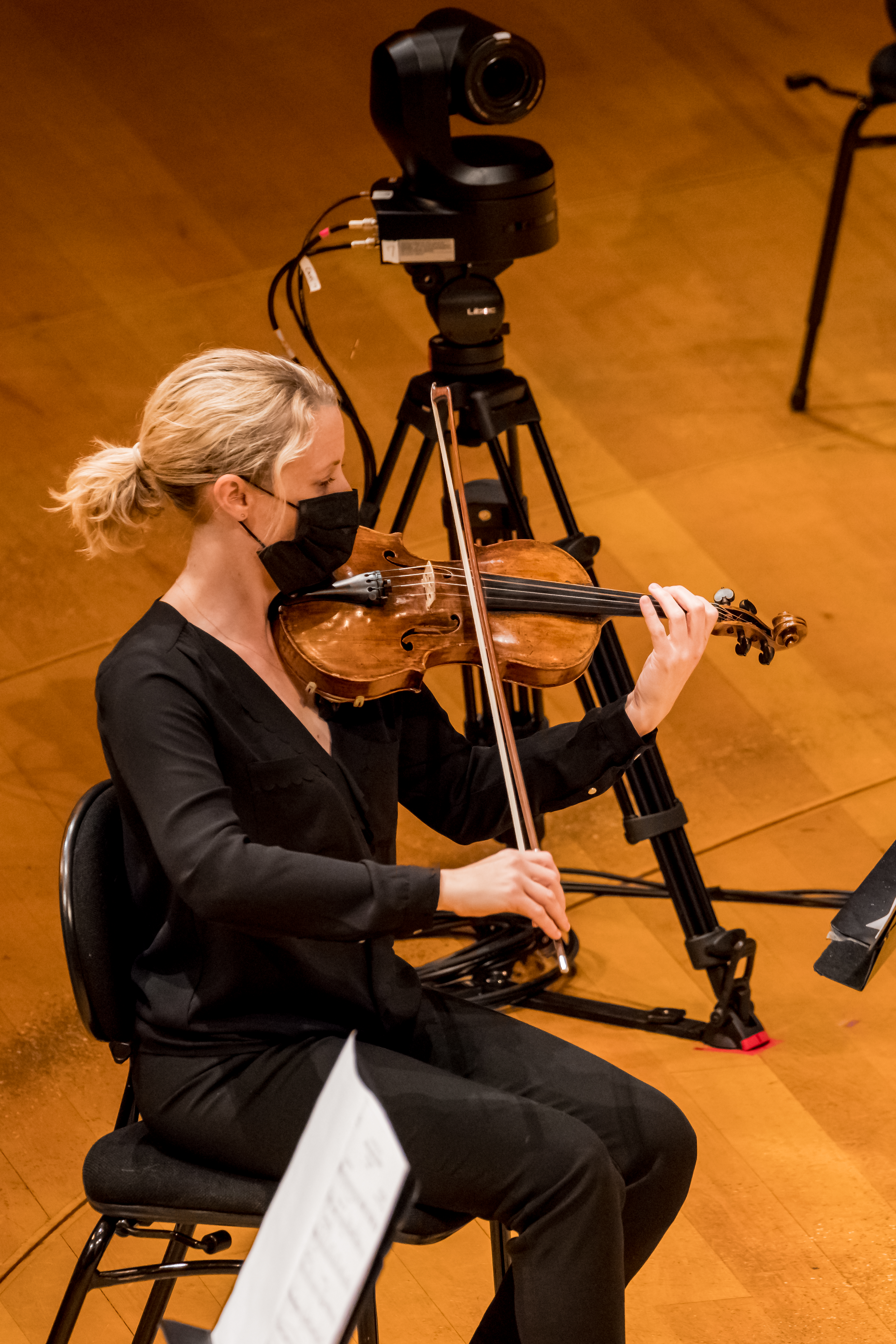 “When we were coming up with an alternative strategy for sharing our performances, it was important for us to include technology that would provide our patrons with a more personalized experience than they are typically used to in Helzberg Hall,” said AJ Fager, technical director, Kansas City Symphony. “We needed to successfully translate the in-person experience into a high-quality virtual visual experience since in-person attendance was no longer an option.”

From Orchestra to a Seat on Stage

Symphony patrons have come to know and love the distinctive sounds of each performance in the Center’s Helzberg Hall, known for its world-renowned acoustics. By integrating a Panasonic PTZ camera system into the hall, the Symphony established their streaming capabilities to create immersive virtual performances.

“There is no question that over the last few decades, technology was already quickening the creation of new platforms by which live performances could be disseminated to a wider public,” said Stern. “Just as the advent of recorded music did not make live performances obsolete, so too will the arts only benefit from new and exciting technological advances like the ones made possible by companies such as Panasonic. When done right, we can bring new perspectives, insight, and access to our listeners in a way that deepens their contact with music and the musicians who make it.” Recounting the traditional concert-going experience, Fager said, “When watching the concert from Helzberg Hall, you’re usually many feet away from the musicians, so you don’t see the nuances of the players. The Hall is amazing for listening to a concert — it was specially designed that way — but the visuals can leave a lot to be desired since you’re seated so far away.”

“There is not a PTZ camera on the market that moves as smoothly as the Panasonic UE150 cameras do. This is very important when you are recording live music because you want to capture moving thematic elements instead of static shots,” said Fager.

From tight close-ups of the musicians to wide angles of the whole ensemble, the PTZ camera system fully immerses the viewer into the performance through the visuals it captures. “The compact design of Panasonic’s UE150 PTZ cameras allow us to discreetly position them on stage and throughout the facility, giving the audience a closer view than they would normally be able to experience. Now, not only are we offering them a front row seat, but we’re giving them a seat on stage and a completely new way to experience the Symphony,” continued Fager.

The smooth movements of the UE150 cameras are enhanced thanks to the AW-RP150’s ultra-precise control and preset tracing memories, allowing the Symphony’s camera operator to get the most out of the 12 PTZ cameras. According to Fager, the controller’s intuitive design, with its large touchscreen display and single-handed operation, assures easy and quick operation and ultra-smooth camera movements. “The fact that 12 cameras can be controlled by a single operator and maintain smooth movements is a strong testament to how Panasonic designed its camera-to-controller ecosystem.”

The Show Must Go On — Virtually

The Panasonic 12-camera system has unlocked a new visual element for performances that had not previously been captured. The Symphony was able to use this content to expand their audience with its new livestreaming and an on-demand platform, MySymphonySeat.org. The new streaming website provides the Kansas City Symphony’s season subscribers the ability to view and listen to concerts online from the comfort and safety of home. Additionally, the Symphony is using a Panasonic AG-CX350 handheld camcorder to record interviews, concert talks, special behind the scenes content and more with Music Director Michael Stern, their musicians and guest artists. 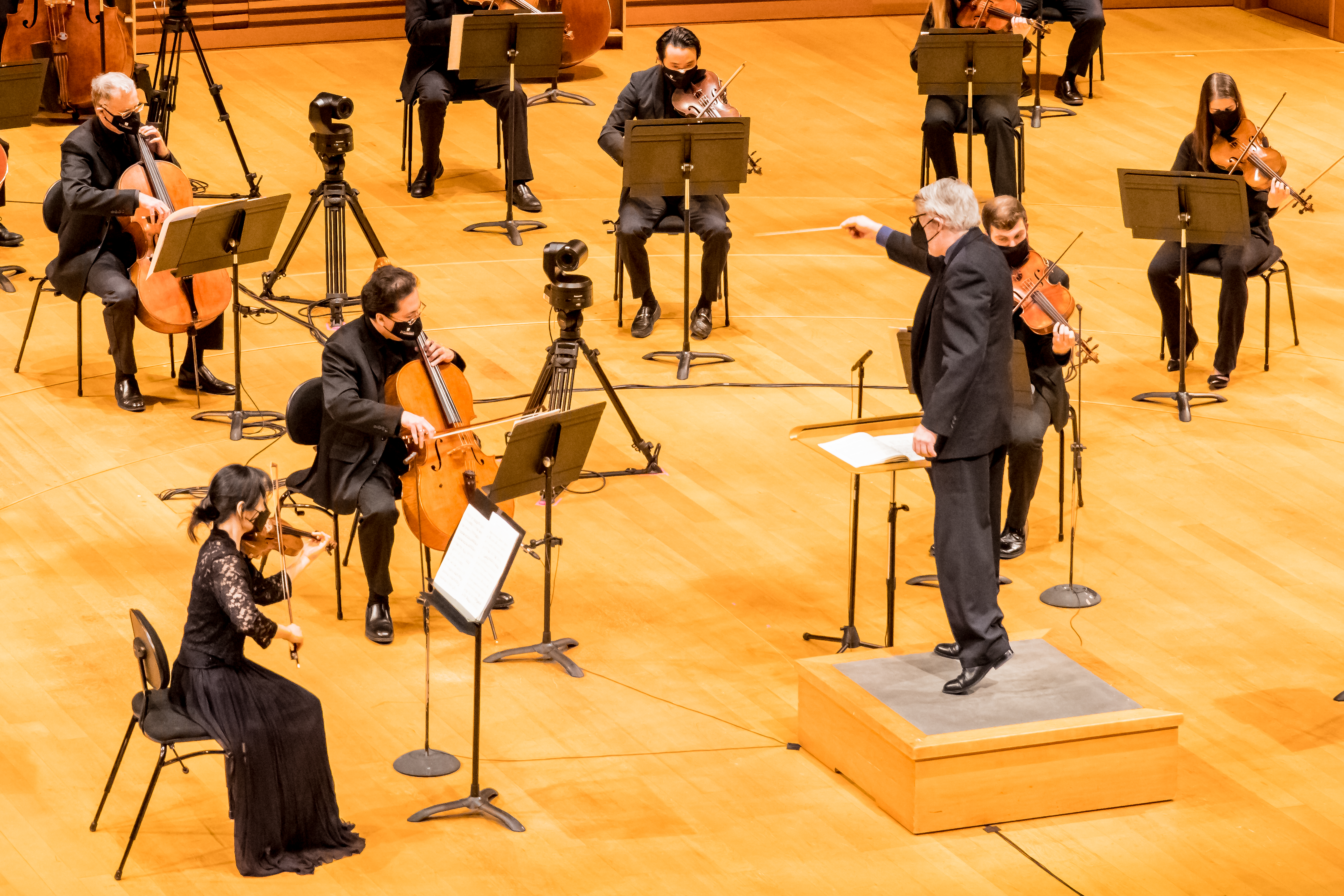 Beckley continued, “The Kansas City Symphony is a newcomer to the top tier of professional orchestras in the United States, with one of the smallest budgets and staffs in that group. But with our video system we have released content faster than any other orchestra, at a quality that rivals the very best.”

Integrating Panasonic professional video technology into the Center has allowed the Symphony to expand its immersive experiences in innovative ways and extended its reach to a broader audience that may not have otherwise been able to access it. As a result, the Symphony now has a viewership of more than 3,000 subscribers to MySymphonySeat.org.

To learn more about the Kansas City Symphony, visit https://www.kcsymphony.org/

Immersive tech gets sports fans into their favorite game … literally