Located in Juneau, Alaska, KTOO operates a full-time statewide television channel “KTOO 360TV”, which broadcasts live C-Span style legislative coverage throughout the state over the air, online and via cable and satellite as part of their Gavel Alaska program. As the demand for remote production capabilities and streaming grew, KTOO was looking to supplement their traditional hands-on ENG/EFP cameras with a fleet of PTZ cameras throughout the Alaska State Capitol. The project was timed to pool production resources with the Alaska Legislative Affairs Agency who was due to replace their aging Panasonic PTZ cameras in the state capitol.

As social distancing measures were put in place due to the pandemic, the need for technology that would keep the station’s crew safe and minimize personnel on-site became increasingly important.

With a long history of using Panasonic professional video solutions, KTOO deployed 39 Panasonic HD and 4K pan-tilt-zoom (PTZ) cameras, including a mix of AW-UE150s, AW-UE100s and additional Panasonic PTZ cameras across its nine committee rooms, and the House and Senate chambers. To learn more about why the public broadcast television station choose Panasonic to increase its broadcast capabilities throughout the state, KTOO production manager Mikko Wilson answered our questions.

What challenges were the station facing that led you to upgrading your professional camera technology?

Since the mid-90s, we’ve been producing Gavel Alaska, a statewide television service of KTOO that provides unedited live and recorded coverage of state government activities both on TV and online. Prior to using PTZ cameras, our production team staffed the production in person, utilizing three independent setups of a single Panasonic AJ-PX380 professional camcorder on a pedestal with a single hands-on operator to cover up to three events at a time. While that set-up worked well, it did have a few limitations including restricted points of views, a long transition and waiting times when moving equipment and staff from room to room.

About a decade ago, the Alaska State Legislature began streaming their own meetings online using Panasonic’s professional PTZ cameras. The addition of these cameras allowed the creation of a simple video stream from the committee rooms, providing “fly on the wall” style access to meetings that were not televised using the limited staff the legislature had available. Fast forward to 2019, we proposed a joint project to upgrade our two existing camera systems into one that would provide higher quality and better efficiency, using a shared routing system to pool our resources into better productions for both platforms. Little did we know when the project was approved in December 2019 how critical it would be as the pandemic forced us into a remote broadcast scenario.

Why did you choose Panasonic? 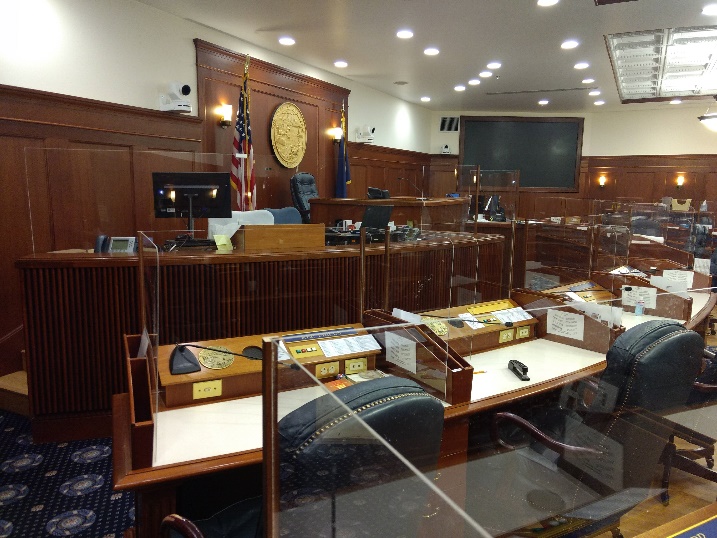 Building upon our prior experience and taking into consideration our wants and needs for our technology refresh, we stayed with Panasonic for several reasons. First, the upgraded system had to have the ability and toolset to achieve a professional quality-looking result and the option to upgrade the resolution from SD to HD, with an eye towards 4K in the future if needed for higher profile events. Secondly, prior to installing robotic cameras, the meetings and events we captured were staffed on-site in cramped quarters, so we wanted a solution that would allow us to broaden our scope of programming and increase the variety of shots we are able to capture, while reducing the considerable wear and tear on our gear from constantly moving between venues. Lastly, we needed a system that would work seamlessly with our existing camcorders and controllers for more unified streaming and remote broadcasting. Some lesser known features like the cameras ability to automatically scale the pan and tilt speed as you zoom in, along with a well-documented established IP control code also influenced our decision to remain with Panasonic. Panasonic PTZ cameras delivered on all three of our objectives.

What camera features allow your team to deliver a high-quality live stream and recorded broadcast?

Our legislative coverage includes Alaska House and Senate floor sessions, legislative committee meetings, press conferences and other legislative events and meetings of political interest. Overhauling our AV technology to include more robotic cameras with the latest technology has provided us flexibility in the number of angles we are able to capture (moving from 1 to 3-4 POVs per event); streamlined our workflows to cover events we would have otherwise missed due to time lost in moving between events; and improved the picture quality of our live and recorded programming. While much of Alaska still receives our television service in SD, the transition from SD to HD has been a massive improvement.

They also enabled our staff to work fully remote – a first for KTOO – and an added benefit that ensured our staff could continue to work yet remain safe in our facility away from the capitol throughout the pandemic. While 2021 was the first year we had no in-person operators in the capitol, we are looking forward to integrating full hybrid production with our ENG cameras once it becomes safe to do so.

You choose a combination of professional PTZ cameras. Can you share why you chose each solution?

Our cameras are grouped by room and we treat them like 11 mini TV studios with one operator controlling each group of three to four cameras at a time. 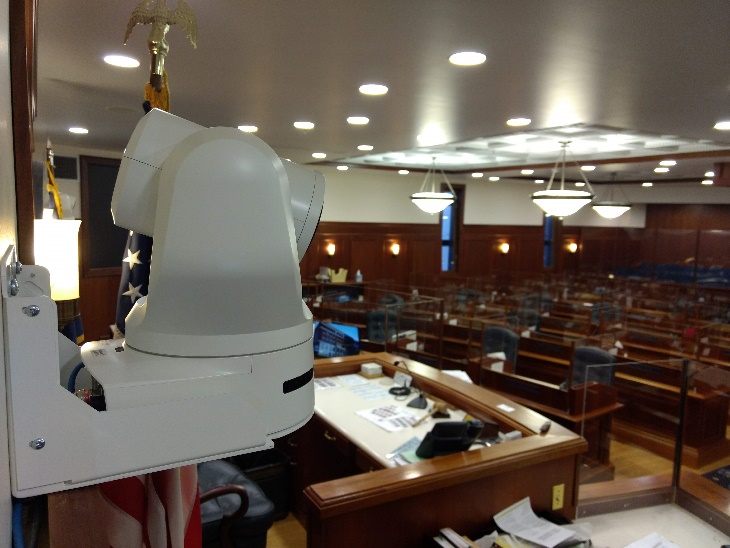 The UE100 and UE150 PTZs are primarily used in the House and Senate chambers. While we are not currently producing in 4K, the cameras’ large MOS sensors, wide viewing angles and impressive optical zoom enable both full shots of the large chamber rooms and close ups of the lawmakers as they make their floor speeches. The cameras support streaming with built-in technologies such as NDI and SRT protocols to provide us additional signal options beyond the SDI infrastructure. The UE150’s filter threads also allow us to attach polarized filters to provide privacy screens to staff computers and monitors.

We chose additional Panasonic PTZ cameras for their compatibility, reliability, full HD capabilities up to 1080/60p with NDI, and POE+ support which greatly sped up installation with the cameras only needing one LAN cable for both control and power supply. Furthermore, the streaming provides augmentation to SDI of additional video capability over that same network cable.

Retailers are using technology to enhance the customer experience. This art...

Are retail media networks the future of out-of-home advertising?

Retail media technology is changing the out-of-home advertising space. This...