It’s unwise to specify technology simply for technology’s sake. Technology should be integrated seamlessly into spaces so it’s almost unnoticeable. Integrators should consult actual end users to understand how they move through spaces and use the tech within them. Talk to any technology designer and they will eventually express some version of these ambitions, but how do we actually go about achieving them? SCN sat down with several of the AV industry’s designers and technologists to learn how they approach the relationship between technology and building design.

Anne Guthrie is an associate working out of the San Francisco office at Arup, a multidisciplinary design and engineering firm headquartered in London. Guthrie explained that the firm’s process involves in-depth discussions with clients, stakeholders, and end users to determine use case for the space in question, and then explores how technology will play a role. “[The technology] is integrated into the space, and sometimes it’s almost invisible because it’s supposed to assist the main functions, not be the function,” Guthrie said. 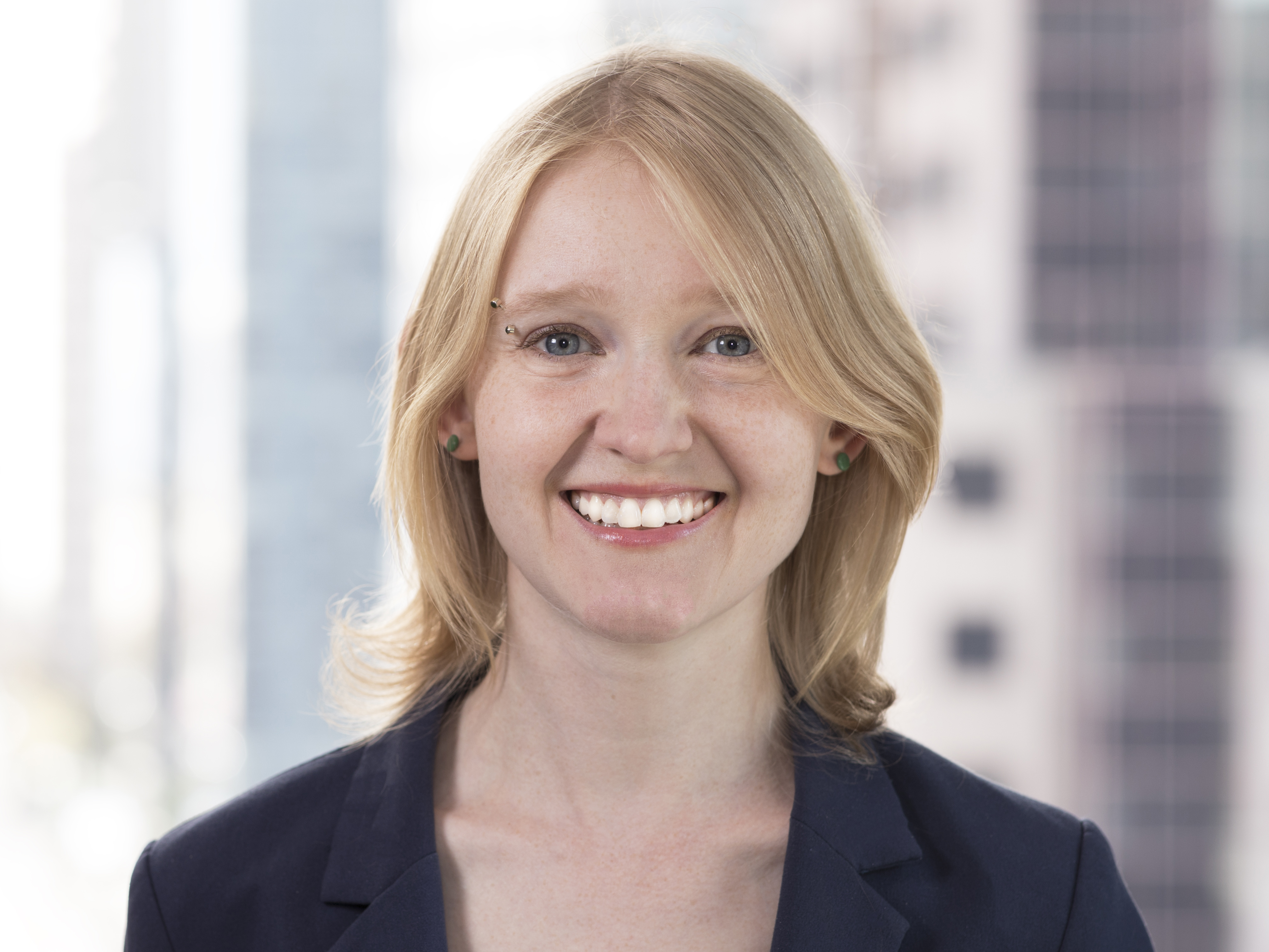 In some cases this process reveals that technology isn’t required to achieve the desired outcome, noted Alexander Mayo, senior consultant at Arup in New York, NY. “The answer for one client may be a very big technology package, but we may gather information that lets us know that the final design may be a bit simpler [for another client]–perhaps it leans on an architectural piece to give an experience.” In prioritizing experience, he said, he and his colleagues are better positioned to deliver designs that are compatible with as many different users as possible.

Peter Coman, chief technology officer at People Technology Space (PTS), a global technology design firm headquartered in New York, NY, described the relationship between tech and building design as a three-legged stool: there are the people and the culture of the organization, there is the space itself, and then there is the technology. “All three need to be equal – they all need to work together,” he said. As a technology designer, he examines not only what a project’s outcome will be, but whether the end result will have a positive or negative effect on that organization’s culture. “We don’t just focus on the technology; we consider all those other elements. If you can you get everyone working together, you can achieve some really great outcomes.” 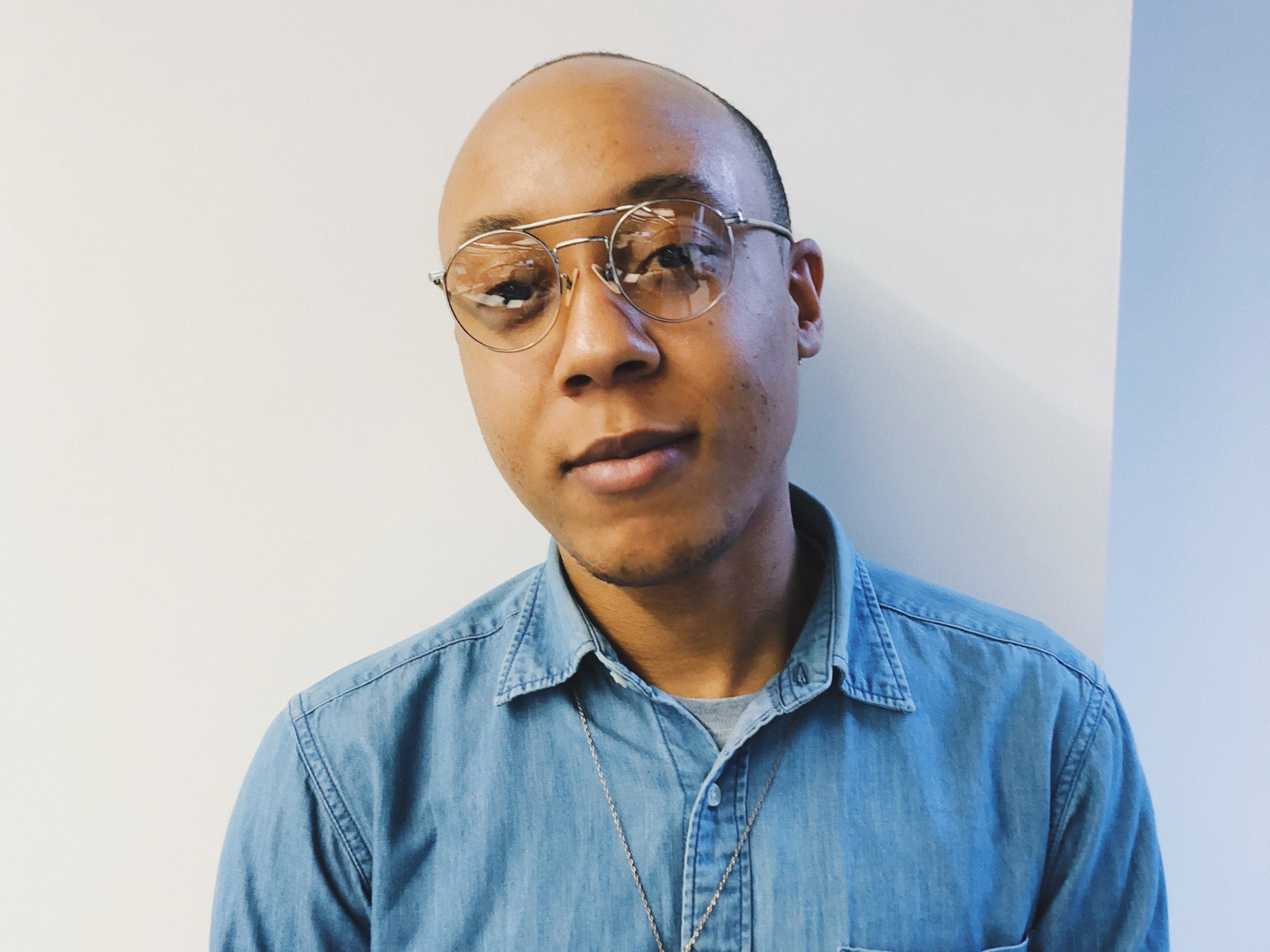 While many organizations are returning to on-premises work, the hybrid work model, unsurprisingly, remains prevalent. In the hybrid work scenario, the continued challenge is promoting and maintaining culture among a disparate workforce – something that was much easier when internal brand messaging could be contained within a company’s campus, noted Peter Charland, executive vice president of global sales and service at HB Communications, an AV design, integration, and managed services provider headquartered in North Haven, CT. “We’re actively working with clients on more flexible architecture for their corporate events, training, and town halls so that their employees – no matter where they are – can feel like part of the company culture and not have a drop in that connection that remote employees feel,” he said. “[We’re adapting] conference rooms and training centers to make them friendlier to remote participants so they feel more physically part of the experience.”

Coman noted that the pandemic has accelerated demand for certain technologies that clients once may have viewed as “nice to have,” such as touchless systems (voice activation, QR codes, or a one-button press to start a meeting). Analytical sensors are also near the top of the list. In open offices, sensors may be used for occupancy and density monitoring down to the seat level to ensure that only every second desk is occupied, for example, to respect distancing guidelines. Integrated with scheduling systems, the sensors inform office workers which desks are available, and alert cleaning staff about which workstations need to be sanitized – even in instances where someone may have occupied a work area without booking it through the system. “Rather than using theoretical data – which is to say room booking or seat booking – we’re using actual real-time data,” Coman explained. He added that density monitoring functionality expands out of the office and into common areas such as restrooms. 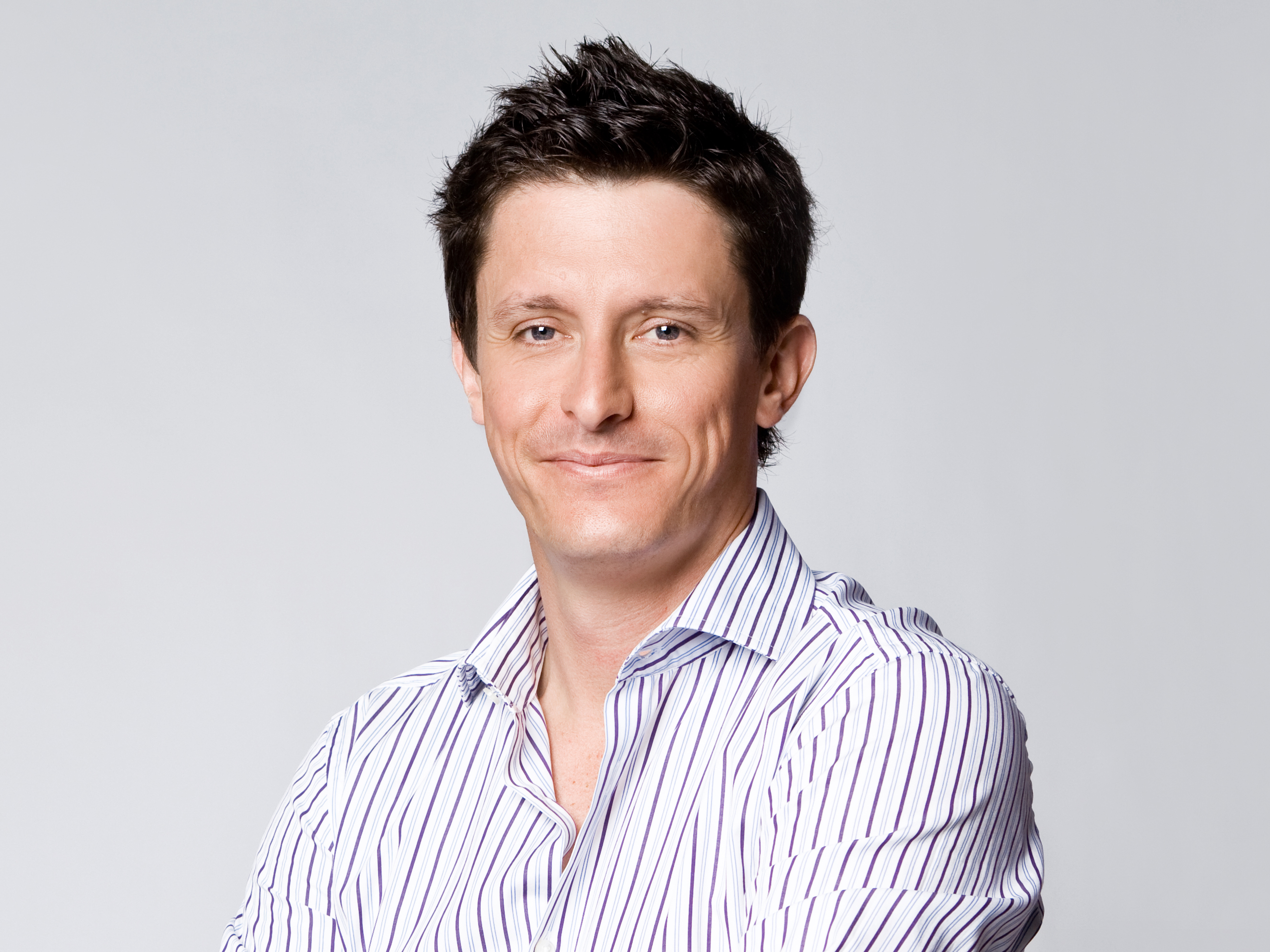 A building’s overall health is another area of focus for many clients, observed Gideon D’Arcangelo, associate principal at Arup in New York, NY. He said that an increasing number of owners are inquiring about the International WELL Building Institute’s WELL Building Standard, designed, as its name suggests, to promote health and wellness. He also noted a significant interest in, once again, sensor technology that tracks indoor environmental air quality, ventilation, and particulate matter, as well as lighting and noise levels. “We expect to see more transparency of that data,” he said. Armed with that information, building owners may choose to share it with visitors to give them confidence that the space they’re frequenting is indeed a healthy one.

Both Guthrie and D’Arcangelo stress that this trend extends to the measurement of how healthy buildings are for the environment around them. D’Arcangelo concedes that striking this balance can be challenging, since what may be good for a building’s occupants may be less so for a structure’s immediate surroundings. “It’s this incredible balancing act that’s required of modern buildings, and technology plays a huge role in that because it can help monitor and sense everything that’s happening within the building, and also promote a story to the people within the building about how they can better behave, or change their behavior to reach those goals,” he said. “It’s not like you build a building, you’re done, and you leave. Now it’s [about] what happens after people move in, and how technology keeps the conversation going.” 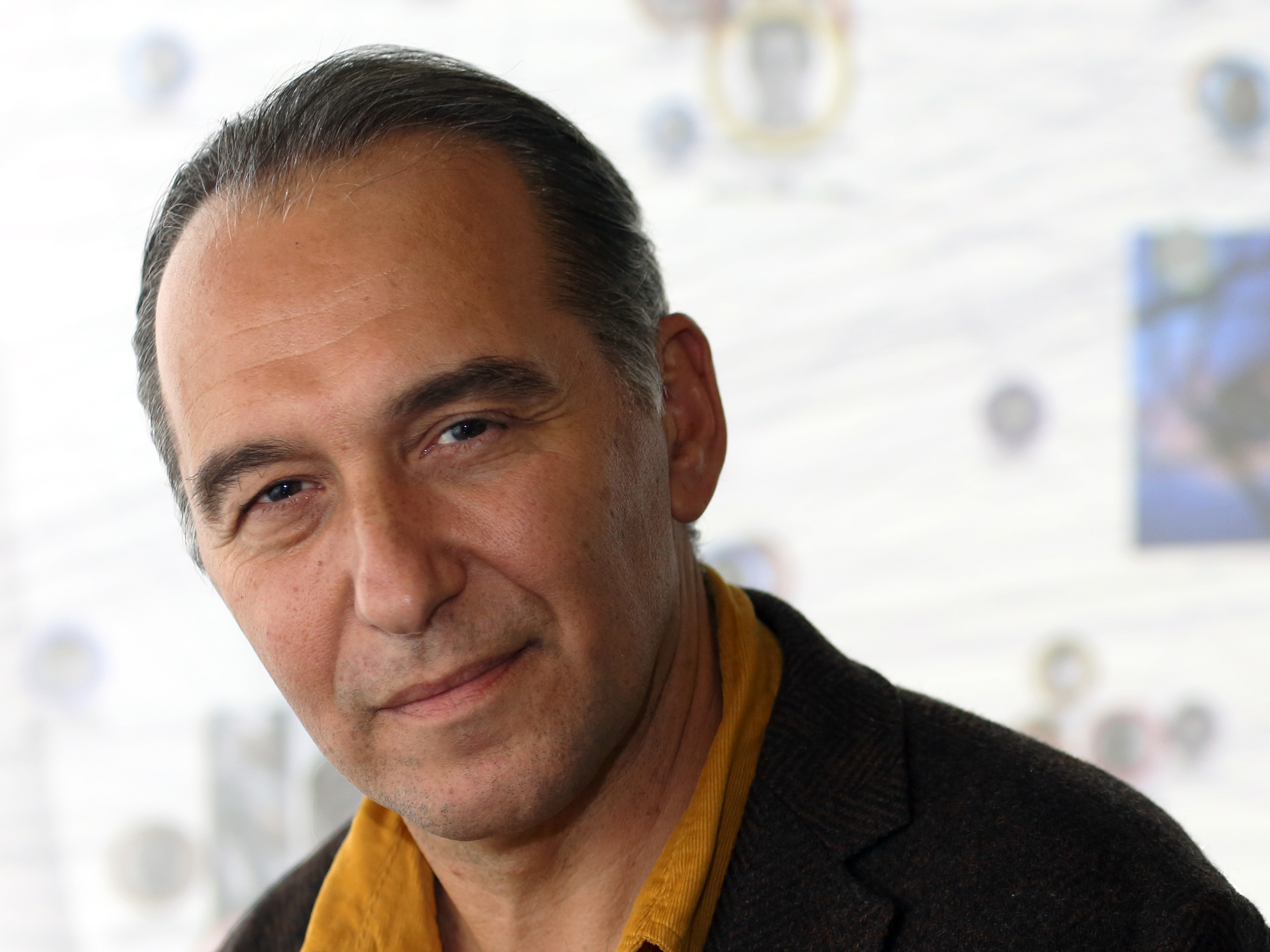 “The idea of relying purely on a smartphone to get on your plane is a little bit frightening. What if it dies right before you get to the gate? What if you don’t get service in the secure corridor and you can’t figure out where you’re going? You do need some fixed technology in the space to help you navigate and not miss your flight,” Guthrie said. “People with sensory issues don’t want to be bombarded with advertising while they’re trying to figure out where they’re going, [for example]. There are a lot of aspects that are useful to think about in finding a solution.”

Public and commercial spaces welcome a diverse range of people, and Gideon D’Arcangelo, associate principal at Arup, argues that good designs take as many people as possible into account. Not only does this require designers to consider people with disabilities and special needs, but also factors such as age, gender, profession, marital status, culture, socioeconomics … and how accepting of technology certain user groups may or may not be.

D’Arcangelo cites smartphones as an example. For most of us, especially tech workers, it’s a given that we’ll have one in our pocket, and therefore we’ll have access to QR codes or meeting room functionality delivered via personal device. But not everyone has (or wants) a smartphone. “A lot of our process involves thinking about a really diverse range of potential users and really trying to get to know them, and then not designing in a single way throughout the space but in multiple ways through the space,” he said.

Still using the smartphone example, Anne Guthrie, associate at Arup, points out that even if someone owns a smartphone, the device in question may not be adequately charged at a crucial moment. It may be outdated or incompatible with certain systems, its owner may not know how to use all of its features … or even if they do, those features may not be accessible in spaces where network connectivity is unstable. Case in point: ever worry about having trouble connecting to the network at an airport?

This article was written by Carolyn Heinze from AV Network and was legally licensed through the Industry Dive publisher network. Please direct all licensing questions to legal@industrydive.com.